NeutekBio, the Galway biotechnology company, plans to expand and bank its first revenues by the end of the year after raising €1.8 million from investors.

Frank O’Keeffe, the chief executive of NeutekBio, said the company’s first diagnostic product would be on the market in the fourth quarter of this year.

He said the funds would allow NeutekBio to complete a production unit at its headquarters on the campus of NUI Galway.

“At this stage, the research and development is completed, and we have a commercial format,” said O’Keeffe. “We need our own controlled environment to manufacture the product.”

The €1.8 million investment was led by Enterprise Equity

The company plans to double staff numbers to ten, with the hiring of scientists and marketing staff. O’Keeffe said the fresh funding should see the company to positive cashflow by the end of next year. It may raise more funding if it chooses to fast-track new products, he said.

The €1.8 million investment was led by Enterprise Equity. Existing investors, including venture capital group Growcorp, the Millennium Entrepreneurs fund and EnterpriseIreland, also participated. NeutekBio has raised more than €4 million since its foundation in 2001.

“We raised seed funding in January 2002 and since then have been advancing the technology and filing intellectual property,” O’Keeffe said.

NeutekBio’s products are based on technology discovered at the Centre Nationale Re cherches Scientifique (CNRS) in Paris, and developed at CNRS and the National Diagnostic Centre at NUI Galway.

The first product is a diagnostic kit which can determine within 16 hours if someone has an active virus. Existing methods can take up to three days to return a result, according to O’Keeffe. He said NeutekBio would sell its product to hospitals and private laboratories.

The company also has a pipeline of technologies to address neuro-degenerative and cardiovascular diseases.

Robert Erickson, a cofounder of the company with O’Keeffe, is chairman of NeutekBio.

Claude Jasmin, the head of clinical oncology at the Paul Brousse hospital in Villejuif in France , is a director of the company. 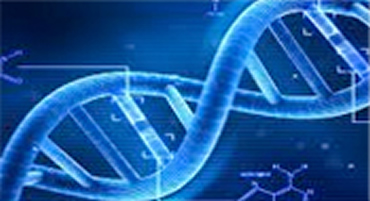