Dublin company Movidia may be pre-revenue, but already it is being tipped for start-up success in a turbulent market.  The company is gearing up to bring its mobile video processor technology to market following the completion in October of a major $14 million (€10.8 million) funding round. Movidia’s MA1110 processor is, according to the company’s chief executive Sean Mitchell, a unique product targeting the growing use of mobile phones for social networking.

‘‘Users can capture, edit, view and publish their videos using only their phone. This enables them to skip the PC stage entirely, and empowers a new generation of Spielbergs on the move.”

‘‘Target customers are mobile phone handset manufacturers, especially in Asian markets such as Korea, Taiwan and Japan,” said Mitchell. He said there would be an explosion of new applications in the mobile phone market in the years ahead.

‘‘A lot of technology trends are coming together to create a ‘perfect storm’ for mobile multimedia, including the rollout of mobile broadband, the increase in screen sizes, the growth of mobile social networking, and the expectations from consumers that handsets can perform high-end multimedia functions such as 3D graphics and video processing,” he said.

Enabling video-editing on mobile handsets is a key focus area for Movidia, said Mitchell. Since 2007, Movidia has raised a total of €14 million through BES funding and investors including Enterprise Ireland, AIB Seed Capital Fund, Celtic House in Canada, Capital-E in Belgium and Emertec Gestion in France.

‘‘Our product is now ready to roll out to the marketplace during 2009.The process of designing in to cell phone handsets takes 12 to 18 months, so first revenues for the company are targeted to begin in late 2010,’’Mitchell said. The turbulent economy creates significant difficulties for start-ups, particularly where investment capital is required, said Mitchell.  ‘‘The best advice we could give in the current market would be to make sure that you can make good progress with the business on very little money,” he said.  ‘‘It’s not glamorous in the early days. You have to do everything possible to make money stretch and get to some kind of prototype product or first-generation product with demonstrable market traction before looking for investment from the venture capital community.  ‘‘They’ll be looking for good teams who show a strong commitment to, and belief in, the business who have something unique and who have been very efficient with capital.  ‘‘The process of raising money in a difficult environment is very instructive in helping to see the realities of business.  ‘‘It’s easy for the founders of a business to fall in love with what they’re trying to do, and lose sight of the reality of how they’ll compete in practice in the marketplace, how the business will actually make money, and what is it that makes it an investable proposition for professional investors.  ‘‘It’s important to get the pace of expansion and investment right in order to match it to major development milestones, which will help to unlock the funding to take the business to the next stage.  ‘‘It’s so easy to over-reach during this stage and run out of money. There are plenty of sound business propositions that haven’t made it for want of one month’s additional cash.” 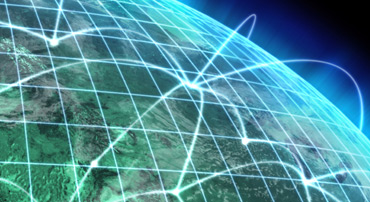