GALWAY UNIVERSITY Hospital (GUH) is participating in what has been billed as the “world’s first” trial of a new catheter design which reduces the risk of infections.

Early this month, a patient at the hospital was enrolled for the trial, which involves using the “NexSite” vascular access catheter designed by a Galway-based medical device company.

The company, Marvao Medical, is based at the Galway-Mayo Institute of Technology innovation in business centre.

It worked on NexSite in partnership with a Roscommon company, Harmac Medical Products in Castlerea, and began its first-in-man clinical study of the catheter at Galway University Hospital in late February.

A device fitted at its exit site prevents pathogens from entering the body though the skin.

The catheters may also be much easier for care givers to maintain, thus increasing patient safety and reducing overall healthcare costs.

Dr Gerry O’Sullivan, consultant radiologist at GUH and the study’s principal investigator, says the new design “reduces the incidence of catheter- related bloodstream infection, which is a serious and potentially fatal condition”.

“We are proud that a patient from GUH has been chosen to be the first in the world to receive this ground-breaking device,” he said.

Marvao Medical’s chief executive officer, Chris Davey, says the team has worked with the Irish Medicines Board and the HRB Clinical Research Facility partnership between GUH and NUI Galway.

“Oncology patients receiving intra-venous chemotherapy are particularly vulnerable to infection, and results from this study will set the stage for additional studies,” Mr Davey said.

He added that the resulting data would help “to establish a better standard of care for patients who require long-term vascular access”. 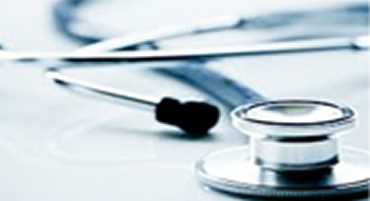