ENTERPRISE EQUITY Venture Capital is on track to invest in more companies this year than the 13 it funded in 2010 through the €53 million AIB Seed Capital Fund, which it co-manages.

Enterprise Equity partner Frank Walsh said the increased activity was because the funding climate for early-stage companies in Ireland had changed in recent years. There are now four dedicated seed capital funds available totalling more than €100 million, in addition to a well-organised angel investor community.

Mr Walsh said first-time entrepreneurs were very well served in Ireland compared with other start-up locations in the world for early-stage funding. “There’s a huge amount of money and a huge appetite for investment,” he said.

Another recent change to the venture capital scene is that deal sizes are not as large as they used to be. Now, the trend is for investors to provide smaller amounts of money to companies at an earlier stage, while placing less stringent legal obligations on the investee. In some cases, the VC may not even ask for a place on the company’s board in return for funding.

The AIB fund recently invested €50,000 in Footbridge Learning, an assisted education software start-up based in Limerick. In a similar vein, telecoms technology developer Mingoa received €125,000 in 2009, providing a springboard for the business, which is now seeking further funding of €800,000, Mr Walsh said. The reasoning behind this is to give those companies the support they need at a crucial stage in their development, where they might not otherwise succeed.

A common mistake among start-ups is to approach VCs too soon in their development. Mr Walsh said entrepreneurs should consider building a relationship with potential investors over a year or 18 months that can lead to funding at a later stage. Examples of this approach are HR Locker, a software developer, and semiconductor maker Ferfics, which Enterprise Equity had been speaking to for more than a year before investing in them.

Some entrepreneurs have unrealistic expectations about the speed of obtaining funding.

“There’s more involved. We don’t bring our chequebooks to the first meeting, or the second. There’s an ongoing interactive process to getting investment,” Mr Walsh said. 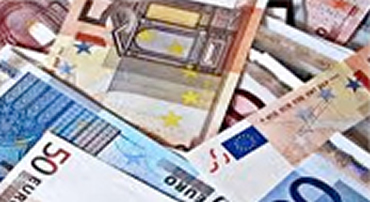