Metabolomic secured a matching amount from the same syndicate this time last year. The company is developing a blood test for the early detection of a woman’s chances to develop pre-eclampsia during pregnancy.

Established in 2011, it is led by Charles Garvey, Paul Hands and Diarmuid Cahalane.

“The second round of funding shows the sustained confidence in our pre-eclampsia tests, which are being developed at our site in Little Island in Cork,” said Garvey.

“With almost 80,000 deaths each year globally as a result of pre-eclampsia, this technology has the potential to save lives and revolutionise prenatal care.”

“The women’s health tests being developed by this Irish diagnostic company have the potential for global impact, and therefore represent a significant market opportunity also,” said Bill Liao, European venture partner, SOSventures International. “We have huge belief in the executive team, their research and technology, as is evidenced by this second round funding.”

Charles Garvey has led several tech start-ups to exit, including Horizon Technology Group, which floated on the London and Dublin stock markets at a valuation of £90 million, and was acquired by Avnet. Paul Hands established Qumas in 1994. The quality management software firm sold to US medical software company Accelrys last year for US$50 million. 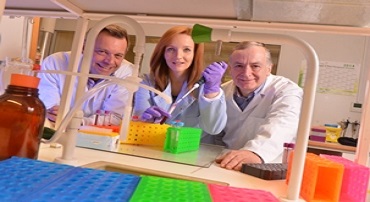