With a combined workforce of over 5,000 people and turnover of €1.5 billion, 24 businesses have been shortlisted for this year’s EY Entrepreneur Of The Year programme. Going head-to-head with leading entrepreneurs from across the island of Ireland, the finalists were selected within three categories – emerging, industry and international. The long-standing awards programme attracted nominations from 27 of Ireland’s 32 counties.

Selected by an independent judging panel of previous winners chaired by 2006 EY Entrepreneur Of The Year winner Anne Heraty (Cpl Resources plc), the 24 finalists represent a broad spectrum of sectors from technology, manufacturing and life sciences through to engineering, agriculture and health & beauty.

Announcing the shortlist, EY’s Kevin McLoughlin, Partner Lead for the EY Entrepreneur Of The Year programme, said: “The programme continues to unearth companies that are excelling on a remarkable scale and this year’s programme has attracted an exceptionally high calibre of entrepreneur. It is particularly heartening to see the diversity within this year’s shortlist, including a number of strong female candidates and entrepreneurs under the age of 30. We look forward to welcoming our new finalists to the EOY network and continuing our work to support entrepreneurship across the island of Ireland.”

As part of the 6-month development programme, the 24 finalists will join 100 entrepreneurs – all previous EY Entrepreneur Of The Year finalists – for a week-long CEO Retreat to Berlin and Munich in June. Focused on the future of industry, the CEO Retreat will include executive education with the European School of Management and Technology; site visits to the biggest names in German industry, including the BMW headquarters, and masterclasses with the decision makers at the helm of Germany’s most successful start-ups and globally renowned indigenous companies.

The shortlisted entrepreneurs will vie for the title of EY Entrepreneur Of The Year at the Awards Gala in October 2015. In addition to the overall winner, a winner will be selected per each of the three categories.

The independent judging panel will make its decision based on a number of criteria, including: innovation; value creation; strategic direction; financial performance; national and global impact; and the entrepreneur’s contribution to society and industry. Following in the footsteps of last year’s winner, Mark Roden (Ding), the overall winner will go on to represent Ireland at World Entrepreneur Of The Year in Monaco in June 2016.

The EY Entrepreneur Of The Year programme is supported by Enterprise Ireland, Invest Northern Ireland, The Irish Times and Newstalk.

The EY Entrepreneur Of The Year 2015 finalists are: 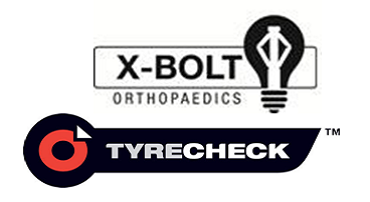