A medical graduate of Trinity College Dublin, and a fellow of the Royal College of Surgeons in Ireland, he previously worked as an orthopaedic surgeon.

He is the inventor of a successful ankle treatment called Tightrope, which is now implanted in over 150,000 patients worldwide, commanding a 20 per cent market share and generating annual sales of $20 million. He left clinical practice in 2005 to advance medical device industry ambitions, going on to invent the X-Bolt expanding bolt device in 2007.

The X-Bolt provides stronger anchorage with rotational stability, and is particularly advantageous in fragile, soft osteoporotic bone typically seen in an elderly patient group.
It is easily expanded by the surgeon using a standard orthopaedic screwdriver, and is fully reversible and removable.

To date, there have been over 200 cases of successful clinical usage of the device in the UK and Ireland. The X-Bolt device has been granted a patent in Europe, with an additional patent pending in the US. What vision/lightbulb moment prompted you to start up in business? I believed that patients could be treated better, with better implants and instrumentation, as I was unhappy with current fixation devices in orthopaedic surgery. The X-Bolt lightbulb moment was when I was using expanding-type bolts to secure a plasma screen to the wall of my apartment in 2007, and reckoned this type of device would be the perfect answer for fixation in osteoporotic bone such as in hip fractures, which I knew to be problematic from my previous time as a surgeon.

Describe your business model and what makes your business unique:
X-Bolt Orthopaedics is a small development company competing in a market dominated by big, listed multinational companies.

We have been able to adapt and perfect our novel product offering in quick time, concentrating on a niche, but significant, sector of orthopaedic trauma. What is your greatest business achievement to date? The success of the ankle treatment – Tightrope. The ankle Tightrope has grown from a previous lightbulb idea to now being the treatment of choice in this injury for sports professionals and the general public alike, with over 30,000 implanted each year around the globe.

What was your “back-to-the-wall” moment and how did you overcome it?
The greatest challenge was when I left clinical practice in 2005, when I was nearing completion of the higher surgical training scheme. There was a risk the Tightrope would not succeed and there was much animosity at the time of my departure that would have made it difficult for me to return. Belief in my own abilities and a curiosity for adventure drove me to make a calculated risk to chart my own path.

What moment/deal would you cite as the “game changer” or turning point for the company?
It is always a great moment when you see your device being used clinically in a patient for the first time. I am lucky to have experienced this on more than one occasion.

What is the most common mistake you see entrepreneurs make?
Working hard rather than working smart; not knowing when to take stock and change direction. 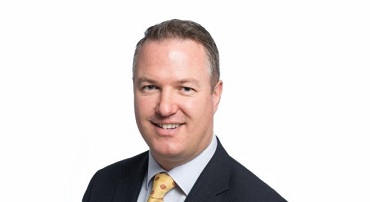