View from the VC

A good business plan plays a part, but there’s no escaping the fact that VCs back people first. “It’s a cliché, but its 100% true,” says Frank Walsh, a partner in Enterprise Equity Venture Capital. “I always say, and I’m only half joking, that a VC has to be a good judge of people and have a keen grasp of the obvious.”

Enterprise Equity’s faith in people was evident when the company stuck with Steve Collins and Swrve when it carried out a major pivot, switching focus from the games industry to the emerging opportunity around mobile marketing automation. It helped that Walsh had known Collins since the Havok days, highlighting how VC support is always stronger if you’ve been down the road before.

“An experienced entrepreneur who has done it all in the same space and is coming back into the market will find it much quicker and easier than someone just out of a multinational doing it for the first time,” says Walsh. “The same basic proposal can have an entirely different journey depending on who you are.”

VCs don’t expect watertight financial predictions, but they do look for people who can second-guess the questions that are likely to arise. “You want someone who thinks they know what the answers might be rather than a rock solid view of what’s going to happen in the future, because that’s impossible,” he says.

Entrepreneurs should also do their homework on the VCs they are pitching to. “Some people come in to us looking for €5 million. They’ve come to the wrong place because we specialise in earlier stage funding,” he explains.

As more VCs are taken on in different rounds, the part that Enterprise Equity plays in steering a company will diminish as newer investors take on the more active role. “Everybody needs to understand how everybody’s business model works and how everybody is going to get paid at the end. They need to be clear on what represents a good outcome for different people at different stages.”

VC investment works best for entrepreneurs who understand the balance between dilution and scale, Walsh adds. “They are the people who think it’s better to retain a small piece of a big pie, rather than a big piece of a small pie, and see that the insights and expertise of others can help grow something of real significance.”

And he urges start-ups to look beyond money to the other things a VC can bring to the deal. “Too often they look at the valuation of the company, not at what the VC can create and achieve, which is much more important than the price.” 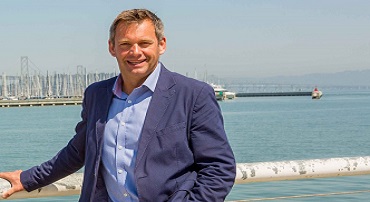