Dan Flinter is the former CEO of Enterprise Ireland, and is currently Chairman of PM Group, Chairman of the Board of The Irish Times, and a Non Executive Director of Dairygold Co-Op.

Dan holds a masters degree in economics from University College Dublin and has extensive experience in the area of economic development. Between 1989 and 1993 he led the IDA’s efforts in attracting Foreign Direct Investment into Ireland. In 1994 he was appointed CEO of Forbairt and in 1998 he became the first CEO of Enterprise Ireland. He was awarded an Eisenhower Fellowship in 1989. 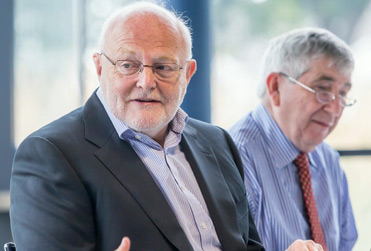