OSTEOPOROSIS IS a potentially serious disease that is frequently under diagnosed and consequently under treated. It mainly affects postmenopausal women, but can also affect men. A typical manifestation of the disease is a hip fracture. Such breaks require hospitalisation and osteoporosis-related hip fractures are a huge cost for healthcare providers worldwide.

There is currently no quick way to check for osteoporosis but a pioneering screening test from lifesciences, company Crescent Diagnostics, may change that.

Brittle nails are a tell-tale sign of osteoporosis and Crescent’s test can determine the presence of the disease by analysing a toenail clipping. At the moment a Dexa scan is the primary test for osteoporosis and it is expensive, time consuming and requires specialist facilities. Crescent’s test is quick and can be processed through primary care channels.

“In 2011 the cost of osteoporosis-related hip fractures to healthcare providers in the EU was around €36 billion and around $19 billion in the US so there is enormous market potential for a screening test,” says Crescent chief executive Brendan Farrell.
The development of the test has been a slow burn. Crescent was set up in 2004 as a spin-out from the University of Limerick when materials scientist, Mark Towler, became interested in the fact that women undergoing treatment for osteoporosis found the hardness of their nails improved. This set him on an investigative path that led to the development of the toenail test. (Fingernails are less reliable as they are in water more often.)

It has taken this long to develop a product from the technology because Crescent is “a classic case of underfunding”, says Farrell, adding that drip- feeding cash to a lifesciences company greatly hampers development. Farrell has been in clinical diagnostics for 30 years and is the former president/chief executive of the Nasdaq-listed Trinity Biotech. He joined Crescent in January this year.

In 2011, Crescent raised €1.5 million from Enterprise Equity, Enterprise Ireland, Seroba Kernel and Kernel Capital and is now looking for a further €4.5 million. The company expects to have CE mark approval within a year and US Federal Drugs Administration clearance within two. The technology behind the test (Raman Spectroscopy) can be used to screen for other diseases and additional applications will be looked at.

Crescent is based at Nova, UCD’s technology transfer centre, and has a research lab in the clinical translation research and innovation centre at Altnagelvin hospital in Co Derry. The firm has received support from Invest Northern Ireland and involves a team of about 10 people. 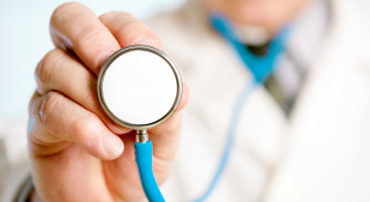