Funding will create up to 100 new hires in Ireland following significant customer wins in high value growth sectors such as wearables, IOT and Drones

Taoiseach, Enda Kenny welcomes one of the largest venture capital investments in Ireland

Tuesday, April 14, 2015; Dublin, Ireland: Movidius, the leading vision processor company serving the growing need for visual sensing in connected devices, has today announced that it has raised $40 million in funding with the creation of up to 100 jobs in Ireland.

This latest round of funding for the Irish-founded company was welcomed today by the Taoiseach, Mr Enda Kenny, TD and the Minister for Jobs, Enterprise & Innovation, Richard Bruton TD, at Movidius’ D’Olier Street, Dublin. It is one of the largest VC investments ever in Ireland for a technology company and the largest for a fabless semiconductor company in the past two years globally.

Movidius will use the financing to further drive software and hardware product innovation in visual sensing for the next wave of emerging applications, including virtual reality headsets, drones, home automation and wearables. Its technology will transform how devices and users interact with the world around them through intelligent, vision-based technology.

The Taoiseach said, “The Government has a plan for sustainable full employment by 2018. Supporting cutting edge Irish companies like Movidius is essential to develop an enterprise focused economy. The impressive $40 million investment being announced today will lead to up to 100 new high quality jobs being created in Ireland and will boost Irish exports in the growing computer vision technology sector. I am particularly pleased that this investment has been made under the China Ireland Growth Capital Technology Fund which will enhance the strategic relationship between our two countries.”

The growth of the Internet of Things, with billions of connected devices to be installed globally in the next several years, is accelerating the market for Movidius’ technology. This financing will enable Movidius to continue to work with its partners to fuel innovation and business growth in visually intelligent devices. In the last two years, Movidius has established offices in Silicon Valley, continued to scale its R&D team, appointed new members to its Technical Advisory Board, collaborated with new customers and partners, such as Google for its Project Tango device, and launched the next generation of its vision processor for mobile and connected devices.

“Movidius has pioneered an entirely new class of cost-effective, low power and high performance processors, software and development tools, and this platform enables our customers to implement visual sensing that aims to mirror human vision capabilities,” said Remi El-Ouazzane, CEO of Movidius.“This significant investment of capital provides us with the resources to expand strategically, innovate constantly and extend our market leadership.”

Minister for Jobs, Enterprise and Innovation, Richard Bruton, TD said: “At the heart of our Action Plan for Jobs is creating a powerful engine of Irish enterprise alonside the strong multinational sector we have built up. Today’s announcement that Movidius, a ground-breaking company operating at the cutting edge of global technology, is expanding in Ireland and creating up to 100 extra jobs here is a great example of what Irish companies can achieve. I wish Remi and his team every success with this project”.

Comments from Investors
Eugene O’Callaghan, Director, Ireland Strategic Investment Fund said “The Ireland Strategic Investment Fund is delighted to invest in Movidius through our China-Ireland fund. In backing companies like Movidius the ISIF can both support and participate in the considerable growth potential of the Irish early stage technology sector.”

Julie Sinnamon CEO Enterprise Ireland added “Movidius is a great Irish success story and the entire team are to be congratulated. The perseverance, determination and commitment to continuous innovation they have shown over the years is paying off and we are excited to be working with them building their company all over the world”

“Over the past few years Movidius has built a world-class team and delivered a technology and product that is truly unique, with capabilities that will have a major impact on the future of vision processing across a wide range of industries. We are delighted to lead this financing alongside an exceptional group of global investors.” – David Lam, Managing Director, WestSummit Capital.

“Movidius is a groundbreaking company at a global level and this investment reflects that. It is a vote of confidence in the team, in the technology and the future of the company. It will facilitate a significant scaling up of activity at Movidius and not just take the company to a new level but Ireland’s reputation as one of the world leaders in computer vision technology.” – Brian Long General Partner, Atlantic Bridge Capital.

“Movidius’ platform is at the forefront of vision processing, and is revolutionizing the way that consumers can view the world around them. Movidius has a passionate and proven executive team, a compelling family of products and a huge market opportunity. We are thrilled to join the company as it continues to drive change and growth.” – Yang Sun, CEO, Sunny Optical Technology Group. 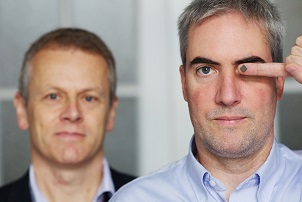