Mainstream media was sure of Clinton’s win. Yet recently, we presented data showing how social media was a better indicator of the 2016 US election result. We’ve built on that data and discovered more surprising details about online conversations and how they compared to the narratives of the news media. Here are some of our key findings. 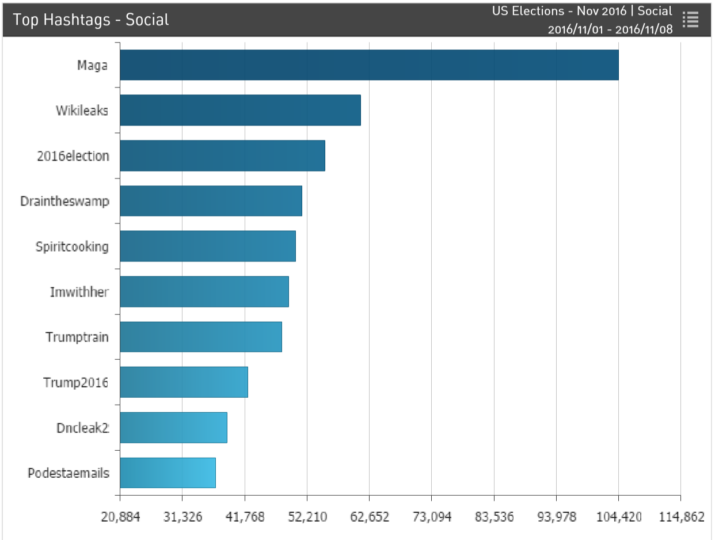 #MAGA (Make America great again) topped the list of hashtags used in the week prior to the election and was used more than twice as much as #imwithher. Additionally, 8 out of the top 10 hashtags were either pro-Trump or related to a topic damaging to Clinton.

During the election Trump enjoyed heavy media saturation. Mainstream media claimed that Clinton’s coverage was levelling off in the days leading up to the election. Our data shows that this was not true. By excluding posts and articles that mentioned both candidates we got a clearer sense of just how much more presence Trump had in the media than Clinton.

3. Clinton was perceived as more threatening than Trump on social media

People on social media saw Clinton as more dangerous than Trump. The above charts sort risk related conversations by threat level from L1 (Highest priority) up to L5 (general concern). More than one-third of the conversation on social media about Clinton was marked as the highest threat level, indicating a risk topic of high importance such as bribery or corruption. Meanwhile, Trump’s L1 threat level on social media was lower than Clinton’s. There was no noticeable difference in risk topic discussions for either candidate in the mainstream media.

The charts below show that the number of bribery and corruption related postings on social media referencing Clinton far surpassed those for Trump. So while pundits continued to wonder if the email scandal would sink Hillary, it seems that Twitter already knew.

Our findings show that in today’s world it’s not enough to analyse the news to keep ahead of risks. More disruption is imminent in 2017. New technology that leverages the power of artificial intelligence can offer deeper, multidimensional, analysis into conversations that matter to businesses, offering a fresh perspective outside of the echo chambers of the talking heads. 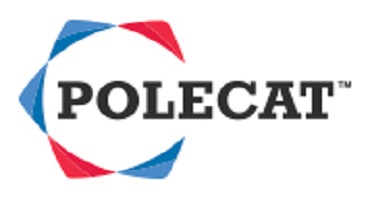